For decades Norbert Schwaiger, who passed away in Munich on February 1st at the age 83 years, was a very familiar face to Brussels based journalists. In 1975, at the age of 38, he became the head of the Press Service of the Council of Ministers. He remained in this position until his retirement in 2002. 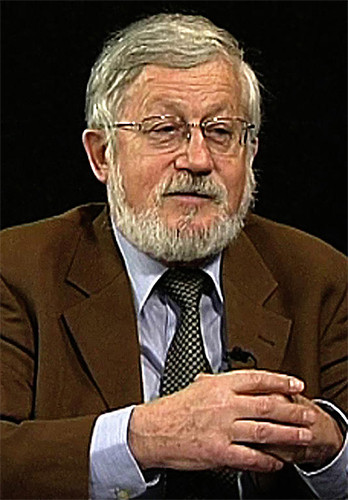 Generations of correspondents have good memories of him, at briefings in the "Charlemagne"-building and later, from 1995 onwards, in the "Justus-Lipsius"-building. The EC turned into the EU, the number of correspondents increased dramatically and journalistic customs evolved. But Norbert Schwaiger remained true to himself. He always tried, with a calm voice, to provide the essential food for journalists: precise and reliable information.

A longstanding colleague of him said this week: "If the Press service of the Council has become what it is today, it is thanks to Norbert." For the Brussels press corps he was more than a "reliable source". Whenever it came to solving practical issues such as the access to information, accreditation problems or even organizing flights to EU summits all over Europe – the so called Schwaiger-Airlines – he always was extremely helpful.

Norbert was born in 1937 in Bruchsal, north of Karlsruhe. He studied law and economics at the universities of Heidelberg, Munich and Montpellier and went on to write his doctoral thesis on subjects relating to interpretation of European court of Justice proceedings. Only three years later, in 1969, after a spell as Director of the Goethe-Institute in Montpellier, he joined the Press Service of the Council. But France and more particularly the area around Montpellier had become and remained a second home for him and his family.

The most challenging period for Norbert Schwaiger came after the signing of the Maastricht treaty in February 1992. The emerging public controversy about a lack of transparency and openness of the European institutions had also led to rethink the information and communication strategy of the Council. The Danish presidency in the first half of 1993 introduced "on the record" press briefings with the Permanent Representative and other officials – and Norbert had to remain silent. His reputation had been build through personal contacts – and also friendships – with journalists, and through less formal, but informative "off the record" briefings.

In the wake of irritations, also within API, about the fact that the new Danish approach meant more visibility, but less content, Norbert took the decision to informally resume the "off the record" briefing tradition. This didn´t mean that he had become disloyal towards his institution – on the contrary. He always avoided taking sides in rows between member states. He rather tried to provide a fair assessment of the positions of individual partners. "Spinning" information, now also a long standing custom in Brussels was never part of his world.

After his retirement he could frequently be seen at Brussels events, also during meetings of the European Council in "his" press area. But now he sometimes took over an unusual role for him - asking others about the state of play. What remained was his typical, somewhat melancholic look behind glasses, his beard and his hair turning whiter and whiter. And his friendly, quite smile never changed. Our thoughts go to Norbert´s wife and his family.

When you subscribe to the blog, we will send you an e-mail when there are new updates on the site so you wouldn't miss them.